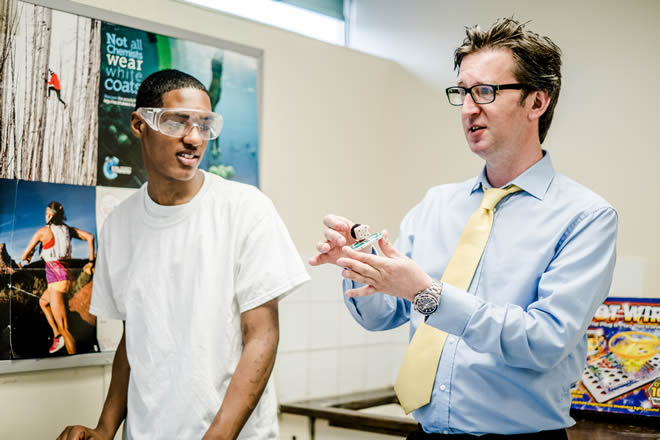 Unlike many other schools, parents cannot apply directly for a place for their child at Mayesbrook Park School. Referrals to our school are made in the following ways:

Any student resident in the London Borough of Barking and Dagenham who is permanently excluded from a mainstream secondary school will be automatically referred to our school.

Students on Fixed-Term Exclusions (FTEs) of more than five days will also be automatically referred to our school. Looked After Children (LAC) are referred from Day 1 of any FTE.

Via the Education Placements Panel

This panel includes headteachers and senior local authority and Youth Offending Service staff, and it will refer students who are classified as “hard to place” under the Fair Access protocol.  Students who are referred might include young people who have recently come out of youth custody and need a school place.

Schools may make short-term referrals to the Positive Return programme for students who are at risk of permanent exclusion as a result of their poor behaviour. Positive Return placements at Mayesbrook Park Campus and Seabrook Campus are normally for six weeks and, during this time, the students remain on the roll at their mainstream school.

Schools may refer young people who have very poor attendance as a result of bullying, trauma and mental illness to Erkenwald Campus. The majority of these young people will also be receiving support from CAMHS (Child and Adolescent Mental Health Services).

GPs may make referrals to Erkenwald’s Home Tuition Service, a tutoring service for pupils aged five to 16 who are unable to attend school because of medical problems, mental or physical.

If you have any queries about admissions or referrals, please contact the Headteacher of your child’s mainstream school.